The death of WTO has only been delayed now 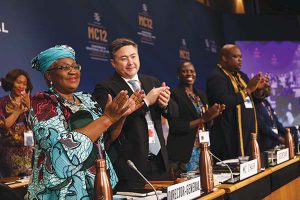 That the World Trade Organization (WTO) was able to come to any kind of deal at its 12th ministerial meeting last week was something of a miracle. The organisation has been dead for years as a location for trade governance — and even longer as a place for successful negotiations.
In fact, reports of the WTO’s continued existence are greatly exaggerated. Until the two most influential trading powers in the world — the United States and China — commit to
reform, the organisation will continue to decline into irrelevance.
It is true that the deals struck mark two major steps forward for the WTO. While an agreement to limit subsidies for commercial fishing may have ended up much more modest in scope than originally envisaged, it injects the question of environmental sustainability into global trade policy for the first time. Most developing countries have long preferred to address environmental issues separately through the United Nations, correctly viewing them as a possible source of non-tariff barriers against emerging-economy exporters.
The second sign of progress was China’s tacit acceptance that it cannot always and perpetually claim the special benefits granted to developing economies at the WTO. The vaccine IP waiver countries agreed upon effectively excluded large exporters — in this case, China — from benefiting.
Though China accepted the restriction voluntarily, it sets an important precedent. The big question at the WTO for most developing countries is this: How can they preserve their own special rights while ensuring that China, which has already benefited more than its fair share from the WTO, does not?
Under current rules, this can only happen with Chinese acquiescence, and this is the first time we have seen signs that China accepts its dominance of global goods trade means it must surrender some special protections. For the WTO to reclaim relevance — and the faith of the developing world — it will in the future need to codify China’s new status.
But that will not be enough. The other stumbling block to truly reviving the WTO is the United States, which under President Joe Biden has retained the previous administration’s obstructive approach to global trade.
The Biden administration’s backing of a vaccine IP waiver was hardly a concession. Throughout the pandemic, the bigger obstacle to getting shots in the world’s arms was hoarding by the US and others, alongside supply chain disruptions through misuse of legislation such as the Defense Production Act. More critically, the US still hasn’t repaired the damage it’s done by vetoing nominees to the WTO’s appellate body. Until it does, the WTO will not be able to fulfill its central duty to resolve international trade disputes.
Western trade officials and analysts like to focus their ire at countries such as India, portrayed as obstructionist for wanting to maintain its oversized foodgrain stocks. Yet it’s absurd to act like that’s a giant worry in 2022, when the real issue is India’s unwillingness to export wheat at a time of rising prices, not the possibility that it might dump subsidised stocks on world markets.
In fact, India and other developing countries are being far more cooperative on trade than the US or China. India diluted its opposition to mixing environment and trade by allowing the fishing subsidies agreement to go through. And its objections to the original text — which effectively made no distinctions between enormous subsidies paid to industrial fishing fleets and the tiny amount ($15 a year per person) that India gives its largely underproductive fishing communities — were entirely reasonable.
The developed world isn’t going to be able to force any more cooperation from India or any other emerging economy than it saw at this ministerial meeting. It’s time for others to take on the responsibility for re-animating the WTO.
China has benefited far more from the WTO than any other trading nation; it should step up and take responsibility for keeping the organisation afloat by redefining its role. And the US, concerned that it is being exploited by other countries’ trade policies, must renew its commitment to WTO arbitration if the global trading order is to survive. It isn’t Indian or developing-world intransigence that is keeping the WTO close to death. It is the entitlement of China and the US. 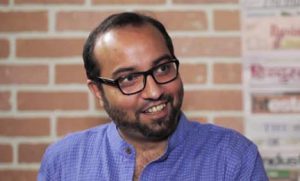 Mihir Sharma is a Bloomberg Opinion columnist. A senior fellow at the Observer Research Foundation in New Delhi, he is author of “Restart: The Last Chance for the Indian Economy”