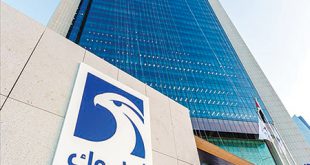 Sharjah International Book Fair (SIBF) concluded on a record-breaking note, with the 36th edition of the world’s third largest book fair attracting 2.38 million visitors over its 11-day run at Expo Centre Sharjah. The figure compares to the 2.31 million visitors that attended last year. SIBF 2017 featured more than 2,600 events and the participation of 400 authors, intellectuals and literary luminaries from 64 countries.
The footfall figures broke all previous fair records, with sales also up considerably from last year. The AED 206 million book sales figure represented an increase of 17% over 2016 and was achieved in part due to the high volume of sales of children’s and foreign books and the retail performances of new exhibitors. Both footfall and book sales figures for SIBF 2017 are the highest in the fair’s 35-year history.
The record-breaking SIBF 2017 followed directly on from the Professional Programme, the fair’s annual precursor event. Held on October 30-31 this year, the activity saw 2,800 matchmaking meetings between 405 publishers and professionals to conclude deals for the buying and selling of rights.
The hashtag ‘#SIBF2017’ used in the run-up to and for the duration of the fair recorded more than 1.3 billion impressions in English and Arabic, signaling the global stature that SIBF enjoys. The hashtag proved to be an extremely popular trend by users of social media platforms who were eager to interact with the fair and follow its associated activities.
Chaired by His Highness Sheikh Mohammed bin Rashid Al Maktoum, Vice President and Prime Minister of the UAE, and Ruler of Dubai, the UAE Cabinet held a special session at SIBF to address a selection of political and economic topics. The Cabinet also approved the federal budget for the years 2018-2021, amidst 1.5 million titles and with a host of intellectuals, authors and artists from around the globe attending the event. It is the first time that a Cabinet has held a meeting at a book fair to approve the nations federal budget.
“The overwhelming success achieved by SIBF proves that it is not just a book fair, but a great cultural project that brings together different nationalities on the grounds of human dialogue and discourse. Each year, SIBF conveys a message to the world that knowledge and reading are the noblest way for people to communicate with each other,” said HE Ahmed Al Ameri, Chairman of Sharjah Book Authority.
“The last day of each edition of SIBF does not mark its conclusion because it is an ongoing cultural project. Since it was first launched in 1982 by HH Dr Sheikh Sultan bin Mohammed Al Qasimi, Supreme Council Member and Ruler of Sharjah, the fair has served as the starting point of a long series of cultural projects and initiatives that illuminate paths to knowledge and extend bridges of tolerance with all
people in the world,” he added.
This year’s edition of SIBF was held under the theme ‘A World in my Book’ to exemplify Sharjah’s vision of the book’s value as the core source of knowledge that has the power to open windows into the world’s various cultures and realms. The fair’s tagline bore the image of a book with graphics representing history, literature, technology, space science, medicine and other sources of knowledge.
SIBF 2017 saw the participation of 1,690 exhibitors from 60 countries, with 1.5 million titles on display. The fair’s calendar of events spanned several programmes, including the Cultural Programme, which encompassed 300 events and featured 158 guests from 39 countries.

SIBF 2017 ’s calendar of events also include the Cultural Café, which included 33 activities involving 60 guests from 11 countries and the Intellectual Programme, which hosted 98 guests from 28 countries participating in 267 events.
One of the highlights of SIBF 2017 was the Kids’ Programme, which saw 1,632 activities presented by 44 guests from 20 countries; including the UK, Kuwait, Poland, Jordan, Australia, Moldova, Russia, India, Bahrain, Iceland, Mongolia, Syria, Italy and Ukraine. A Comics exhibition was designated for children to give them a greater opportunity to explore and enjoy the pleasure of reading through graphic stories.
The rich SIBF programme also hosted the Cookery Corner, which featured 72 events by 12 guests from nine countries, including India, UK, Morocco, Sweden and Thailand. Other events were the Social Media Station that hosted 33 activities and workshops involving a galaxy of social media influencers who addressed topical cultural, media and social issues.
One new highlight of this year’s edition was a special pavilion titled: ‘The Future Zone,’ which brought together 10 leading companies specialising in digital books. The facility enabled participants to showcase their experiences and latest publications and provided high quality services to readers, including search and purchasing services.
For the first time in its history the fair offered a smart application that allowed visitors and exhibitors to find out all the details of this year’s edition; its events, their dates, the halls in which they were being held and other information.
SIBF’s Book Signing Corner was the venue for more than 200 signing events by renowned local, regional and international authors, with the works from the literary luminaries encompassing poetry, philosophy, history, theatre and other genres.
This year’s edition of SIBF saw the participation of the UK as its ‘Guest of Honour,’ with the initiative seeing a series of activities and programmes designed to illustrate the depth of British culture and its literary, intellectual and artistic icons. Several federal and local government bodies also took part in SIBF 2017 at pavilions that presented their functions to the visitors and which hosted various cultural and artistic events.
SIBF 2017 hosted an impressive galaxy of prominent Arab cultural and literary luminaries who enriched the fair with their presence and input. They included Syrian international actor Ghassan Masoud, Algerian novelist Waciny Laredj, Palestinian poet and novelist Ibrahim Nasrallah, Saudi writer Abdo Khal and Jordanian novelist Jamal Naji. Other renowned Arab guests included Omani poet and writer Saif Al Rahbi, Kuwaiti writer Dr. Taleb Al Rifai, Egyptian novelist Ahmed Murad, Kuwaiti novelist Saud Al Sanousi, Saudi novelist Dr. Mohammed Hassan Alwan, Egyptian critic Thuraya Al Osaili, Libyan writer Najwa Bin Shatwan, Moroccan novelist Abdul Kareem Jowaiti, Iraqi author Sinan Antoin and Tunisian novelist Kamal Al Riahi, among others.
Renowned figures from outside the Arab world taking part in the fair included former Pakistani cricketer Wasim Akram, American author of children’s and young adult fiction Peter Lerangis, American writer and novelist Victoria Christopher, French writer Julien Columeau, Indian photographer and filmmaker Ryan Lobo, Filipino poet and novelist Edgar Samar, Indian writer Muthuvel Karunanidhi Stalin, British writer and historian Peter Frankopan, Indian writer Vikas Swarup, Pakistani author and journalist Mohammed Hanif, American scientist and author Lisa Genova and Jamaican poet Lorna Goodison.