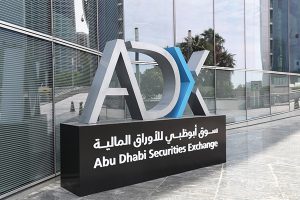 The Abu Dhabi Securities Exchange (ADX) announced an increase in the value of shares owned by Saudi investors, totalling AED5.627 billion at the beginning of September, representing 25 percent of the total shares owned by Arab and Gulf Cooperation Council (GCC) investors, and amounting to AED22.897 billion.
In its statement to the Emirates News Agency (WAM), the ADX noted that the trade value of Saudi investors has increased by 278 percent per annum in the first eight months of 2022 to AED9.2 billion, compared to nearly AED2.438 billion in the same period in 2021.
According to the ADX’s figures, the value of trades by Saudi investors accounted for 42 percent of the value of trades by Arab and GCC investors in the first eight months of 2022, amounting to AED22.07 billion, compared to 21 percent of total for the first eight months of 2021, with a value of AED11.84 billion.