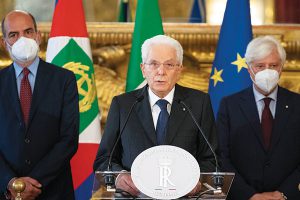 In 2001, Silvio Berlusconi was running for prime minister and produced what became a symbol of an epoch. On prime-time national TV, he signed his political manifesto promising to cut taxes, increase pensions and carry out a massive investment program. He went on to win that election and remained a central figure in Italian politics until the euro crisis forced him out in 2011.
More than 20 years later, the Italian right is making similar promises. But revisiting the past is usually disappointing.
The trio of ring-wing parties, led by Giorgia Meloni, Matteo Salvini and the ageless Berlusconi, unveiled their joint manifesto last week. Since polls suggest their coalition will see a handsome victory in next month’s snap election, this policy blueprint is important. The 17-page document touches on the economy, foreign policy, Christian values and everything in between, but it can essentially be summed up as patriotic talk and a cocktail of tax cuts. It suffers from a chronic lack of detail on big issues like how to stimulate the economy. It’s hard to take an agenda seriously if it mostly repackages old slogans.
Much of the program hinges on the promise of a flat tax on income. The idea is an old classic of the Italian right, and the problems around it remain. For starters, it contradicts the general consensus across Europe that taxation should be progressive, especially on income, so the more you make, the more you’re taxed. Yet Berlusconi is calling for a flat tax of 23% for families and businesses, and he wants it done within 100 days in office. Salvini goes further, suggesting he wants to extend a 15% flat rate within 5 years.
Interestingly, Meloni is more coy about a flat tax. She hasn’t really committed to specifics and talks about an incremental rollout. Salvini and Berlusconi argue that cutting income tax brackets would both unleash growth, as purchasing power is freed from taxes, and combat tax evasion, a real problem for Italy.
Economists warn it could instead create a hole in the national budget without
actually bolstering much-needed growth or making the shadow economy disappear. The fact that Italy’s debt pile has grown since the last election in 2018 — to approximately 150% of gross domestic product from 130% — means the right has less wiggle room for such tax experiments this time around.
The terms debt and deficit aren’t even mentioned in the manifesto. While these may be unpopular subjects, Italy cannot ignore them. Its credibility to markets and the European institutions that provide billions in funding depends on it.
When former European Central Bank chief Mario Draghi was brought into government in 2021, the idea was that he would finally bring about key structural reforms in exchange for European funding. Italy has since been the biggest beneficiary of pandemic loans and grants. The current thinking in Brussels is that even with Draghi gone, the next Italian government will stay the course. Investors hope for the same.
The right’s manifesto calls that vision into question. Meloni, Salvini and Berlusconi make clear they will use all European resources at their disposal and suggest they could revise Draghi’s plan once they have a government. Deviating from the former prime minister’s roadmap, however, will surely lead to market turbulence. It could make it harder for the ECB to deploy its anti-fragmentation tool. The European Commission would probably freeze payments out of the pandemic recovery fund if Rome unwinds reforms or refrains from implementing agreed-upon ones.
Although Italexit might be off the table, the transition to a Meloni government would not be risk-free. She owes her ascension in the polls to staying out of the Draghi coalition and playing the agitator in many instances. She has so far been a force of opposition, and her voters expect her to bring some rupture with the status quo.
She’s trying to soften her image on the international scene, suggesting her party does not pose a threat to democracy or Italy. But it is not clear how long she can play a double game that appeals to her base at home and matches the expectations of investors abroad. That’s the fine line that the future of Italy is hanging on. For all its grandiose talk, the manifesto offers little visibility into which way the pendulum will swing. 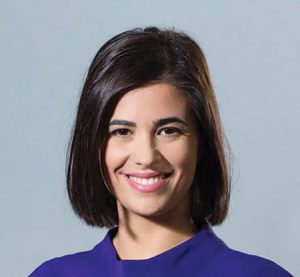