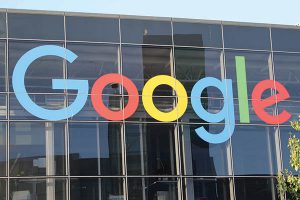 We didn’t need the reported two consecutive quarters of declining real gross domestic product —the unofficial determination of a recession — to tell us the US economy is already in, or at least close to, a business downturn. And we certainly don’t need to wait for many months for the official declaration by the National Bureau of Economic Research (NBER), the private research outfit that documents business cycles. Data release lags and revisions delay the NBER’s call.
All we need to do was look at the swelling appearance of “recession” in Google searches. Talk of recession not only tells you what’s happening on the ground but also increases a recession’s probability by scaring businesses and consumers. The nosedive in consumer sentiment, as revealed by the Conference Board and the University of Michigan surveys, is a clear confirmation of this feedback phenomenon.
When consumers and businesspeople suffer adverse economic conditions, they worry and talk about a recession. These aren’t esoteric measures that economists ponder like declining job openings and the inverted yield curve. Instead, they’re basic gut issues. And there’s currently a high correlation between declining consumer confidence and the rising appearance of “recession” on Google.
Other examples are numerous, such as the leap in gasoline prices to over $5 per gallon. There’s a 78% correlation between the surging mention of “recession” on Google and rising fuel costs this year. Drivers notice the price rise since they fill their tanks frequently. It’s not like a water heater that is only replaced when it leaks, and after 20 years of service, who can remember the cost of the old one? With the November elections looming, the political implications of rising gasoline costs were obvious when President Joe Biden set aside his green energy agenda.
Falling stock prices always precede recessions, and this reality is so well known that the drop in the S&P 500 Index this year has an 82% correlation with “recession” searches on Google. Here again, there’s a feedback loop as worried investors dump their shares, thereby depressing stocks and increasing their conviction that a recession is nigh.
Not surprising, rising mortgage rates, which make houses less affordable and kill cash-out refinancings, are highly correlated with “recession” searches on Google. The same is true of the jump in the consumer price index, which squeezed household purchasing power. The CPI climbed 9.1% in June from a year earlier while gains in hourly earnings lagged behind, only rising 5.1%. So consumers are worried about a
recession and retrenching, thereby increasing its likelihood. I believe all these worries about a recession are well-founded. Even if the recession is of average post-World War II depth and reduces GDP by 2.5%, it would cut the S&P 500 by 30% while raising the unemployment rate by 3.8 percentage points. But it would curb inflation, which fell, on average, by 1.8 percentage points in previous business downturns.
Lower rates of inflation are the Federal Reserve’s current objective and it is willing to risk a recession to meet its goal. After being behind the curve as inflation surged, the central bank badly wants to restore its credibility and has indicated that it doesn’t intend to favor Wall Street this time. There’s no Powell put to follow the Greenspan, Bernanke and Yellen puts.
Aside from the Fed’s anti-inflation but recessionary policy, excess retail inventories continue to be an economic drag, depressing the economy in the first half of this year. Overstocked goods from last Christmas are being enhanced by all those shiploads of merchandise from Asia that were stranded offshore but are now moving to warehouses and store shelves. The backlog of vessels in the ports of Los Angeles and Long Beach dropped from 109 in January to 16 in May.
Hopes that financial market weakness is fully discounting a recession are dashed by the lack so far of a bear market bottom puke point at which stockholders regurgitate their last equities and swear never to
buy another stock. Then the market has run out of sellers and is faced with only potential buyers, fuelling a new bull market. 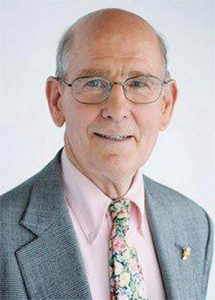 Gary Shilling is president of A Gary Shilling & Co, a consultancy. He is author, most recently, of “The Age of Deleveraging: Investment Strategies for a Decade of Slow Growth and Deflation,” and he may have a stake in the areas he writes about