Germany’s switch to diesel from gas comes at a cost 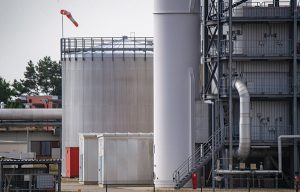 Across Germany, executives have spent the last few months war gaming how to respond if Russian President Vladimir Putin cuts off gas supplies. And many, from tiny companies to global behemoths, have arrived at the same solution: switch to oil.
In Munich, the municipal utility has converted two gas-fired boilers to run on diesel. Further South, in the German Alps, the Berchtesgadener Land farming cooperative has sent two milk-truck drivers to learn how to handle an oil-delivery rig, just in case they need to buy. In some cases, it’s about burning fuel-oil in boilers and steam generators previously fired with natural gas; in others, it’s about running diesel generators to avoid electricity blackouts.
Berlin is quietly encouraging the shift. Wiegand-Glas, which produces glass bottles, was able to get the paperwork needed to prepare its furnaces to run using heating oil rather than gas in days, for example. “I have promised to reduce the bureaucracy when converting systems to an absolute minimum,” Anja Siegesmund, the regional environmental minister, said.
Privately, oil traders say they are getting inquiries from German companies that either haven’t previously bought fuel-oil or diesel, or abandoned the practice many years, or even, decades ago. Take Covestro AG, a chemicals company that produces the building blocks of plastics. For years, it has relied on natural gas. But earlier, it told investors during its second-quarter results presentation that it was “initiating various measures to reduce its gas requirements in Germany in the short term, such as by switching to oil-based steam generators.”
The incentive to reduce gas consumption is huge after Putin reduced supplies to Germany via the Nord Steam 1 pipeline. The Dutch TTF gas contract, a European benchmark, is trading above 205 euros ($209) per megawatt hour, 10 times its average in the decade through 2020 and equivalent to about $350 per barrel of oil. Meanwhile, Brent crude is hovering around $100 per barrel. Hans-Ulrich Engel, BASF SE’s chief financial officer, did the math earlier this month: at prevailing prices, “it may actually be cheaper to use, as an example, heating oil to produce your steam, than use very expensive natural gas,” he said.
The consequences are twofold. German industry, long used to running on cheap Russian energy supplies, may be able to reduce its reliance on gas by more than previously thought without having to shut down completely. German gas demand is already running well below its five-year average for this time of year. Morgan Stanley reckons that German industrial gas consumption fell 24% in July from the same month in 2021. If the trend continues, European gas prices may not rise as much as feared, even if Putin completely shuts down exports later this year. The worst-case scenario, with TTF prices surging above 300 euros or even 400 euros, may be avoided. But the corollary may be a surge in German oil demand this winter well above anything currently estimated, potentially boosting global petroleum prices.
The size of the potential for incremental oil consumption is hotly debated, with bears and bulls offering good reasons for optimism and pessimism. Last year, oil bulls anticipated a significant demand boost from fuel-oil fired power plants that never materialised. Nonetheless, Energy Aspects Ltd, a consultant, estimates that if all of Europe’s oil-fired electricity plants operate this winter, it would add an extra 340,000 barrels per day to the continent’s demand. To put that into context, it’s larger than the 200,000 barrels per day increase in European oil demand anticipated by the International Energy Agency for 2023.
Moreover, those numbers don’t take into account the potential explosion in the use of diesel-fired generators and the use of heating oil and fuel-oil in industrial boilers and steam generators. With little hard data about how many companies have refurbished their boilers to run on oil, and how many others have purchased emergency power generators, any estimate is more conjecture than forecast. Still, some oil traders and consultants are penciling in a further 200,000 barrels a day in Germany and neighbouring nations. As German industry prepares to wean itself off Russian gas in the coming months, diesel prices may start to dominate the headlines — for all the wrong reasons. 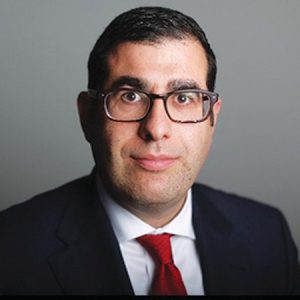 Javier Blas is a Bloomberg Opinion columnist covering energy and commodities. A former reporter for Bloomberg News and commodities editor at the Financial Times, he is coauthor of “The World for Sale: Money, Power and the Traders Who Barter the Earth’s Resources”