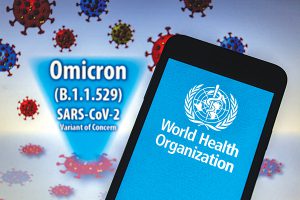 While projections for the spread of the omicron variant of Covid-19 remain tentative, it seems to be much more transmissible (almost certain) and more benign (far less certain). It’s not only that more people are vaccinated or have some form of natural immunity, but also that the variant itself may be somewhat less dangerous, even to those hospitalised by it.
With all this in mind, it’s worth thinking about one possible path for the virus over the next few months, to better understand how to cope with it.
In England, omicron cases seem to be doubling every three days, and omicron seems to be displacing the Delta variant. Under one plausible estimate, at current rates of growth omicron will peak in many nations in January or February — far too soon for any specially designed booster to have an effect. Given the slowness in addressing the pandemic to date, there will hardly be enough time to make many significant policy changes at all.
In other words: Early 2022 will be an interesting time, in the US and elsewhere. Even if omicron is safer than delta, the number of Covid cases may be reaching an all-time high, given that even the vaccinated seem to have imperfect levels of protection against infection. And if people see omicron as relatively less dangerous, high cases are all the more likely.
How will institutions react to a proliferation of cases?
Imagine that a significant percentage of students in a school test positive, but no one is seriously ill. Will that school feel compelled to shut down and move to remote learning?
One possibility is that administrators will realise that virtually everyone is going to catch omicron anyway, articulate that reality to their constituencies, and plough ahead with face-to-face instruction. An alternate scenario is that the mere mention of Covid will prove so scary that closure will be inevitable. After all, how much will be known a month or two from now about the prospects of getting Long Covid from omicron? I am expecting a lot of school closures.
Another habit that will be hard to break is tracking the severity of the virus by counting cases. Until now, cases have been pretty good predictors of subsequent hospitalisations and then deaths.
If cases become more detached from bad outcomes, will institutions and authorities be able to respond rapidly to that new reality? By the time they adjust, if they do, omicron might have come and gone.
To those who are inclined to worry, it will be scary how quickly omicron cases accumulate. It might feel as if the apocalypse has arrived, even if a lot of that short-term case activity is simply an acceleration of illness rather than an increase in the year’s total. (How scared would we get if most of the year’s murders happened in the first six or eight weeks of the year?) In any case, hospitals will have to be ready. But it is likely that a lot of health-care professionals might test positive early next year as well.
How will voluntary social distancing play out? Even if omicron is much safer than delta, it still will involve some risk, including for the vaccinated. And, due to its rapid rise, the peak of omicron may be occurring in a short but intense burst. Perhaps many people will be OK if they know that they need only stay inside for a few weeks.
But even a short self-imposed lockdown could cause significant supply-chain problems. The brighter side of that calculus is that many of those problems might be temporary, because an omicron that arrives quickly may fade quickly as well.
What about travel? Many more Americans will be afraid to go abroad. As it now stands, they need to test negative in order to re-enter the country. In January or February, however, the chance of a positive test result might be at an all-time high, even if you are feeling just fine. So there is a risk of a collapse in international travel.
All this is speculation, of course. There are many other possible scenarios, including those with a much higher number of deaths. But the upshot is the same: Even the relatively positive scenarios will create major new problems early in 2022.
Oh, and before I forget: Happy new year. 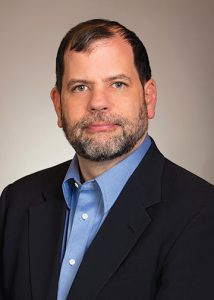 Tyler Cowen is a Bloomberg Opinion columnist. He is a professor of economics at George Mason University and writes for the blog Marginal
Revolution. His books include “The Complacent Class: The Self-Defeating Quest for the American Dream”