Democracies can weather prosecutions of ex-leaders 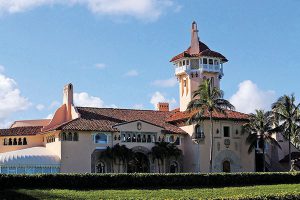 If the FBI search at Donald Trump’s Florida home leads to the prosecution of the former president, as supporters fear and detractors hope, then citizens of democracies everywhere might ask Americans, “What kept you?”
The US has been a laggard in an important measure of freedom: holding former leaders accountable to the law. From Brazil, France and South Africa to Israel, the Philippines and South Korea, many of the world’s major democracies have tried — and frequently, convicted — former presidents and prime ministers, mostly for crimes committed, covered up or both when they were in power.
The list of those brought to justice includes such prominent figures as Jacques Chirac and Nicolas Sarkozy of France, Luiz Inacio Lula da Silva, Dilma Rousseff and Michel Temer of Brazil, South Africa’s Jacob Zuma, South Korea’s Park Geun-Hye and Silvio Berlusconi of Italy.
The closest a US president came to joining the list was over Watergate, but President Richard Nixon was pardoned by his successor, Gerald Ford, before he faced a day in court. Ford’s explanation, that Americans “would needlessly be diverted from meeting [our] challenges if we as a people were to remain sharply divided” over prosecuting Nixon, has been invoked by those seeking to draw a curtain of charity across misdeeds by subsequent occupants of the White House, notably Bill Clinton, George W Bush and, of course, Trump.
And this isn’t just a matter of partisan politics. Americans as a whole are leery of prosecuting former presidents. In a recent PBS NewsHour/NPR/Marist poll, barely half of all respondents said Trump should face criminal charges — and only 28% felt he would — for his role in the January 6, 2021, insurrection at the US Capitol. The arguments for treating leaders differently from ordinary citizens turn on questions of perception and propriety. The prosecution of a former president, especially if it takes place during the term of a successor from the other side of the aisle, is not only an unseemly prospect, it will inevitably be seen by the ex-leader’s supporters as politically motivated. That is certainly the case with Trump: The narrative in MAGA-land is that President Joe Biden is persecuting their man to prevent him from running for president in 2024.
Then there’s the specter of retaliation: a cycle of tit-for-tat prosecutions with every change of guard in the White House. This would unquestionably bring down the tenor of national politics, damaging public trust in the highest office in the land — and by extension, in all offices. In other words, democracy itself would be diminished.
And finally, there is the alarmist argument, which is getting the full klaxon treatment from Trump’s supporters: Pursuing a former president risks setting off a civil war. Right-wing social media accounts are already resonating with calls for a violent response to the FBI search.
Against all this is the case for prosecution: Putting a former president on the dock is a signal that nobody is above the nation’s laws. And rather than enfeebling democracy, the high-profile demonstration of accountability strengthens its sinews.
The evidence from international experience is for the most part reassuring. We can argue whether the legal action against former leaders has had a cautionary
effect on subsequent officeholders but the dire scenarios painted in America haven’t come to pass in other countries.
In none of the democracies I mentioned has the political culture devolved into retaliatory prosecutions.
The public perception
of democratic institutions varies by country and circumstance, but it would be hard to draw a straight line from the conviction of former leaders to a general disenchantment with politics. After all, there is no dearth of disenchantment in countries where leaders haven’t been brought to court.
And certainly, none of the countries I cited has dissolved into a civil war.
There is one important caveat to all this. In practically every case of a former leader of a democracy being brought to justice, the charges have centred on corruption — plain old graft, in most instances. They may have brought themselves and their offices into disrepute, but none of them has been accused of trying to bring down the democratic system by encouraging an insurrection. But if such charges are brought against Trump, it would strengthen the argument for the US to follow the example of those other democracies. This is one area where America should not be exceptional. 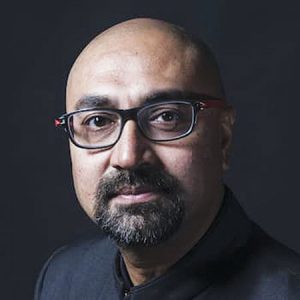 Bobby Ghosh is a Bloomberg Opinion columnist covering foreign affairs. Previously, he was editor in chief at Hindustan Times, managing editor at Quartz and international editor at Time