Can you trust suppliers after a terrible 2021 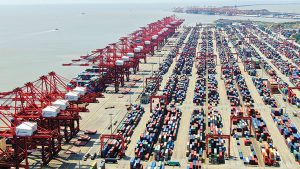 The supply chain crunch has turned the once-staid world of manufacturing and industrials upside down. The imbalance is so severe that consumers are feeling the pain, as prices of raw materials and goods are thrown out of whack. Debates about inflationary pressures are raging. What more could go wrong? Well, a lot. Especially if the grease that makes the wheels turn starts drying out. That lubricant is trust.
So far, the world has had to deal with the supply and demand imbalance of physical goods. It has been painful, no doubt. But as that’s persisted, with few long-term solutions in sight, the assurances that keep businesses going have also started running low. This matters because trust plays an unquantifiable but critical role in the codependency between manufacturers and several tiers of suppliers.
Without it, the commitment on receipt and delivery of products, parts and payments weakens. That uncertainty cripples businesses, raises costs, and decreases productivity and efficiency. Around one-third of alliances fail due to “a lack of trust among trading partners,” a study on designing and managing supply chains from the 1990s showed.
In supply chain literature, trust is broadly defined as a “firm’s belief that another company will perform actions that will result in positive outcomes for the firm” and that the other business won’t take “unexpected actions that result in negative” results.
Measuring it is challenging, but there are proxies, such as surveys of business sentiment, managers and suppliers. The trouble right now is everything is a moving target. Firms aren’t actively taking actions to hurt other companies but are protecting themselves from the constantly evolving shortages and glitches.
The supply chain uncertainties are dynamic, Chief Executive Officer Mark Smucker of food-products maker JM Smucker Co said. Challenges, he said, can “change week to week, month to month; it could be an ingredient or a packaging component; at one point, it could be some isolated labour challenges in a particular geography.” Smucker concluded that this dynamic would continue for the foreseeable future.
These uncertainties are forcing businesses to change their behaviours along with production. For instance, executives at heavy machinery maker Caterpillar Inc described a workaround: The company has “proactively redirected components
and altered our assembly processes as much as possible to keep output flowing.” Inventory grew by about
$1 billion in the third quarter compared with the previous period, over a half of which was an increase in production inventory.
Another unknown is that the supply base is mostly in Asia, and largely concentrated in China, while demand is predominantly in the US. The regions’ pandemic-era strategies — Zero Covid versus living with Covid — are increasingly divergent, leading to distinct differences in how their economies are functioning. Choices made in China and other parts of Asia that remain heavily restricted can inject uncertainty elsewhere. Domestic lockdowns are often imposed suddenly, which forces companies to alter course quickly.
The case of Toyota Motor Corp shows how to do this well. After years of making their system natural disaster-proof and mastering the art of just-in-time manufacturing, the company started holding more inventory early in the pandemic. It has maintained clear communication and information exchanges with suppliers through its “rescue” system. Toyota has also engaged with dealers in real time, adjusting supply of its cars in parts the US. This has helped ward off severe issues that other automakers have faced. Toyota, though, is largely an outlier. For most, these changes tend to constrain business and muddy the picture for orders.
Despite high demand, manufacturers’ sentiment is deteriorating, as in the case of large Japanese companies. 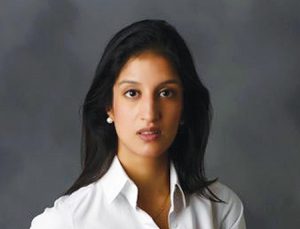 Anjani Trivedi is a Bloomberg Opinion columnist covering industrial companies in Asia. She previously worked for the Wall Street Journal