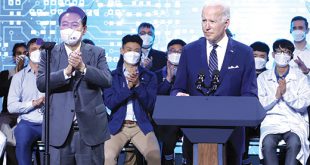 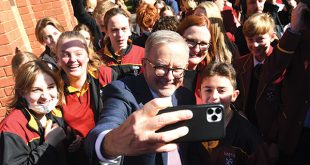 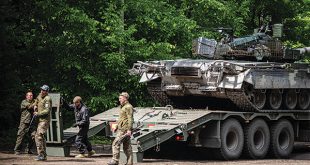 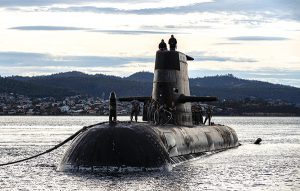 Britain’s top foreign and defense officials held talks with their Australian counterparts in Sydney on Friday, focusing on advancing a security pact involving nuclear-powered submarines and sharing notes on countering China’s growing clout.
UK Foreign Secretary Elizabeth Truss and Secretary of State for Defense Ben Wallace met with Australian Minister for Foreign Affairs Marise Payne and Minister for Defense Peter Dutton for the first time since Canberra signed the deal in September.
Under the so-called AUKUS partnership, which cover a range of new security agreements, Australia would be able to build and operate nuclear-powered submarines for the first time with the help of the UK and US. The deal immediately prompted China and its neighbours to warn of an escalating arms race in the region.
“AUKUS represents an enormous opportunity for us, not just in relation to the acquisition of nuclear-powered submarines but also, rightly, as Marise points out, other capabilities which will deter acts of aggression,” Dutton told reporters in Sydney.
For Britain and America the AUKUS deal was an opportunity to grow their presence in the Indo-Pacific while Australia strengthened its ties with old allies as it grappled with rising aggression from Beijing and high Chinese tariffs on some exports.
In an interview with The Australian published before the talks, Truss said the security pact was a “fantastic agreement to be taking forward” and the intention was to foster closer industrial collaboration.
“It is also about much closer technological collaboration because this is where a lot of the battle for the future will be fought,” she told the newspaper. “It won’t just be fought in traditional defense. It will be in cyber space, the use of quantum technology, and of artificial intelligence. These are the areas where we do want AUKUS to go very deep,” she added.
Local media had suggested a plan to deploy British nuclear submarines to Australia might be announced after the talks on Friday. When asked, the U.K.’s Wallace said it was still “early days.” “We’ll take it one step at a time,” he said.

Strained ties
Australia and the U.K. have seen diplomatic relations with Beijing grow chilly in recent years. The two have spoken out publicly against China’s military posturing toward Taiwan, while concerns over human rights abuses in Xinjiang and Hong Kong led both countries to join Western nations in a diplomatic boycott of the Beijing Winter Olympic Games.
China has denied the allegations of human rights abuses and said politicizing the Olympic Games runs “counter to the spirit of the Olympic Charter.”
Payne and Truss signed an agreement the day before to “maintain an Internet that is open, free, peaceful and secure,” which will, in part, target state-based hackers and work to protect Asia Pacific nations from malicious cyber activity.
News of the UK parliament speaker warning that an agent of China was involved in political interference activities has resonated in Britain, said Rory Medcalf, head of the Australian National University’s National Security College.
The U.K. incident was similar to events in Australia in late 2017, which led to the government unveiling new laws to limit foreign interference in domestic politics, including a ban on overseas donations. China saw Australia’s legislation as squarely targeted at them, which led to a long downturn in relations between Canberra and Beijing.
“Of course Australia was the canary in the coal mine when it came to Chinese influence operations in democratic politics,” Medcalf said. “The British security establishment has its eye on the long term,” he added.