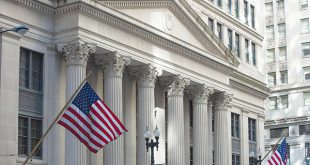 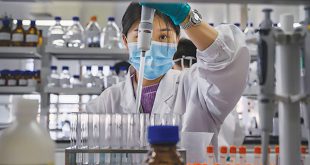 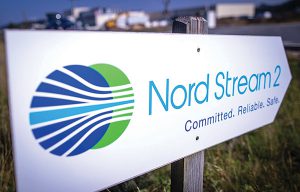 Are pipelines built to threaten democracies, or befriend authoritarians? Judging by the responses to Russia’s two biggest gas export projects, it depends where you are.
In Europe, the Nord Stream 2 pipeline, intended to double Moscow’s direct export capacity into Germany to 110 billion cubic meters a year, has become caught up in geopolitical rivalry over eastern Europe. Approval for the project has been delayed for about six months amid a Russian troop buildup near its border with Ukraine.
The fear of governments in the US and eastern Europe is that pipelines can exercise a powerful form of leverage. If you cut off a nation’s supplies of energy — especially in the bitter winter months — you can bring it to its knees remarkably quickly. The problem for Moscow is they’re hardly precision weapons. Before the first Nord Stream pipe was built a decade ago, almost all of Russia’s gas bound for Europe went through Ukraine. That meant it was hard to threaten Kyiv by turning off the taps without also making enemies of European governments further down the line. Having separate channels to sell gas to Ukraine and the European Union means Russia can choose which one it wants to threaten on any given day.
Have a look at what’s going on in Asia, however, and the picture flips. Preliminary discussions on the Power of Siberia 2 pipeline to send 55 bcm of gas to China are moving forward rapidly. Presidents Xi Jinping and Vladimir Putin discussed the project earlier this month and a feasibility study will be completed within weeks, according to Putin. The pipe would help both countries hedge against tensions with the West, the Nikkei Asian Review wrote this month. While Nord Stream 2 is regarded as a threat to the democratic nations at the other end, Power of Siberia 2 is presented as something more akin to a marriage proposal, bringing two leading authoritarian states closer together.
But that’s not quite right. Nations, after all, don’t have permanent friends or enemies — only permanent interests. Russia’s interests are export revenues, and whatever leverage it can gain over the nations on its borders. On that front, China and Europe aren’t all that different.
While Europe’s 541 bcm of gas consumption is substantially more than China’s 331 bcm, the latter figure is expected to rise to 526 bcm by 2030 as Beijing reduces its dependence on coal-fired power and builds up its domestic chemicals industry. With both regions producing in the region of 200 bcm domestically at present, China is counting on output climbing by more than half to prevent it developing a Europe-style dependence on imported gas.
Looked at from that perspective, the two Power of Siberia pipelines could give Russia a role in China’s gas imports almost as fundamental as it now has for Europe. Right now, China barely buys piped gas from Russia, with LNG still accounting for a bigger share of trade last year while the first line was being brought to full capacity. Once completed, however, they’d carry a combined 88 bcm, equivalent to 44% of a roughly 200 bcm import sector. That’s not so different to Europe’s relationship with Moscow, which supplies about 51% of its imported gas.
That’s reason for both Beijing and Moscow to tread carefully. For all the warm mood music between Xi and Putin, China and Russia have rarely seen eye-to-eye for very long. Terrible personal chemistry between Nikita Khrushchev and Mao Zedong and disputes over the legacy of Stalin contributed to a war along their northeastern border in the late 1960s and a period of frosty relations that only ended around the fall of the Soviet Union.
Rival spheres of influence in central Asia — at present, a far more important source of gas for China than Russia itself — remain an ongoing irritant. The CR929, a Sino-Russian twin-aisle airliner project to rival the Airbus SE A350 and Boeing Co 787, is years behind schedule amid disputes between officials from the two sides.
China may ultimately have the stronger hand. By building Power of Siberia 2, Russia will give itself a substitute market for the gas that it would otherwise ship to Europe. But Beijing has substitutes too — not least green hydrogen, where the country’s low-cost wind and solar and vast capacity to manufacture electrolysers to split water molecules into hydrogen and oxygen may give it a substantial advantage.
Russia would dearly love to have the sort of leverage over China that it’s enjoying over Europe right now. China will do everything it can to resist that situation. 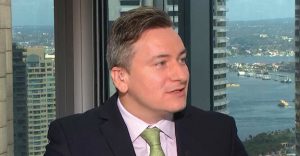 David Fickling is a Bloomberg Opinion columnist covering commodities, as well as industrial and consumer companies. He has been a reporter for Bloomberg News, Dow Jones, the Wall Street Journal, the Financial Times and the Guardian